Following our video on Monday (click here to view) and the wonderful responses we’ve received about the content and style, it looks like the new Sewells TOSITA (“The Other Shot In The Arm”) series will have an ardent and passionate following.

The main message of the video is that we all have vast reserves of unused potential, creativity-wise and energy-wise.

We’ve all got more than enough to get us through almost every situation – and it reminds me of a terrific true story … which emphasises the depth and vastness of our resilience and persistence.  The relevance and persistence we all possess, that some of us may have lost sight of – or forgotten about – in recent times is unlimited.

Not long after the first time Mount Everest was successfully climbed (which was on 29th May, 1953 by Edmund Hillary and Sherpa Tenzing) another team was formed to scale the world’s highest mountain.

The team leader and his team sadly failed at their first attempt. They were all crestfallen, but keen to try again.

They failed on their second attempt, too.  This time everyone was devastated! Negativity set in, comments such as, “Maybe it was never meant to be” and, “Maybe we’re not good enough” became commonplace.  They all wanted to give up.  The team leader believed in every single member of the team – and the positive contribution they could all make … and he told them so – passionately and convincingly.

In a meeting to decide whether they could try again, the Team Leader said, “This mountain can’t get any bigger – but we all can!”

He captured their indominable spirit. On the third attempt they conquered Mount Everest.

That indomitable, unstoppable spirit lies inside each and every one of us … and, as with the Mount Everest story, it can be ignited with a single, positive thought.

The video on Monday morning will explain why this happens – and it’s not by accident or luck! 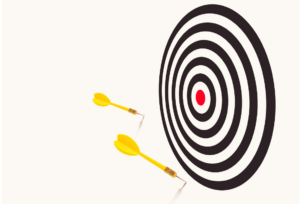 The number one reason sales objectives are missed

Achieving – or exceeding – stretching sales targets (whilst maintaining gross profit) seems to be beyond most organisations these days. Most sales managers and salespeople blame 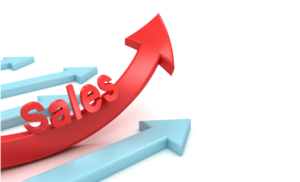 Sales “Superstars” … what makes them different?

If you’ve ever worked in a sales team or managed a team of salespeople, you’ll know that there are always one or two ‘superstars’… the 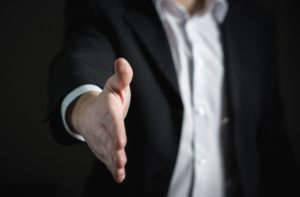 You have 4 seconds and 4 minutes to win in sales

You see, it takes just a quick glance, maybe 4 seconds, for someone to evaluate you when you meet for the first time. In these